With intimate access and striking imagery, Sin País (Without Country) is a short film about a family as they are fractured by deportation.

Sin País (Without Country) attempts to get beyond the partisan politics and mainstream media’s ‘talking point’ approach to immigration issues by exploring one family’s complex and emotional journey involving deportation.

In 1992, Sam and Elida Mejia left Guatemala during a violent civil war and brought their one-year old son, Gilbert, to California. The Mejia’s settled in the Bay Area, and for the past 17 years they have worked multiple jobs to support their family, paid their taxes, and saved enough to buy a home. They had two more children, Helen and Dulce, who are both U.S. citizens. Two years ago, immigration agents stormed the Mejia’s house looking for someone who didn’t live there. Sam, Elida, and Gilbert were all undocumented and became deeply entangled in the U.S. immigration system.

Sin País begins two weeks before Sam and Elida’s scheduled deportation date. After a passionate fight to keep the family together, Sam and Elida are deported and take Dulce with them back to Guatemala.

With intimate access and striking imagery, Sin País explores the complexities of the Mejia’s new reality of a separated family–parents without their children, and children without their parents. 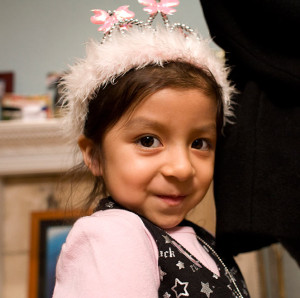 “Whether considered illegal or illegalized, the empathy evoked by this intimate portrait of a family forced to decide which members go or stay, based not just on citizenship but on age and gender as well, forces viewers to witness a serious problem in America today and to ask why, and what should be done? Sin Pais is a powerful educational tool in my classroom at UC Berkeley’s School of Social Welfare.” 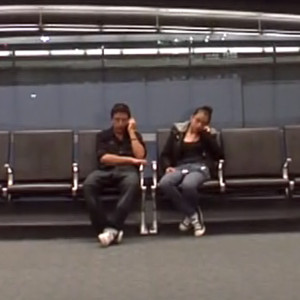 “Sin País is a documentary that brings a face, a reason, and a new found hope to the topic of immigration, through the struggle of one family with an all too familiar story. Though the Mejía family must take part in the process of deportation, they must also painfully participate in the process of separation. In the tough decision of leaving their two older children behind, the Mejia’s hope to provide them with an opportunity of a better future in their absence. Sin País tackles the much debated issue of immigration with love, justice and compassion through the eyes of those who are most affected and often forgotten. A wonderful documentary to show to students and staff.” 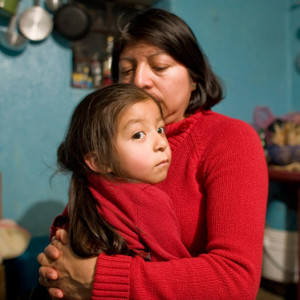 “As a High School Spanish teacher I am always looking for current and relevant material to work with, and two minutes into the movie I knew I had struck gold! Sin Pais tells an extremely moving story that teenagers can relate to. Beyond any political statement Theo Rigby’s documentary reaches its viewers through a real story not unlike many similar ones that could be going on right now just around the corner.

After the screening of the movie at the school the filmmaker graciously agreed on having a Q & A Skype session with my 10th, 11th and 12th graders as well as with the school’s Diversity Club members. It was an enriching experience for all of us.” 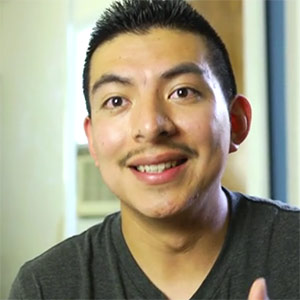 At age 19, Gilbert’s parents are deported back to Guatemala and he instantly becomes responsible for the household and for his 14-year old sister, all while staying on track with college. Having arrived illegally in the U.S. as a baby, Gilbert also has to manage his own deportation case and fight to stay in the country he calls home. 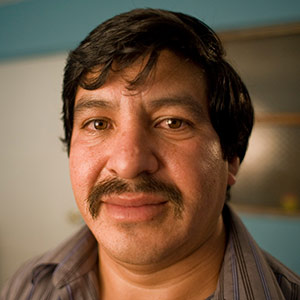 Samuel Mejia fled Guatemala in the midst of a civil war and had lived and worked in the U.S. for seventeen years before immigration agents raided his home. He worked as a carpenter in Marin County, and most recently, created concrete foundations for house boats that would eventually sell for millions of dollars. 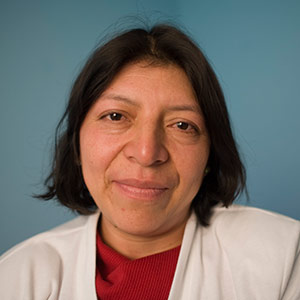 Elida is the matriarch of the household and being separated from her children took a huge emotional toll. Before being deported, Elida cared for a 99 year-old woman at the end of life, as well as working as a nanny caring for a 2 year-old baby at the beginning of life.

Helen, age 14, was born in the U.S. and before the deportation was a straight-A student.  After her parent’s were deported from the U.S., Helen struggles with depression, keeping up her grades, and navigating the vacuum of support that was taken away when her parents left. 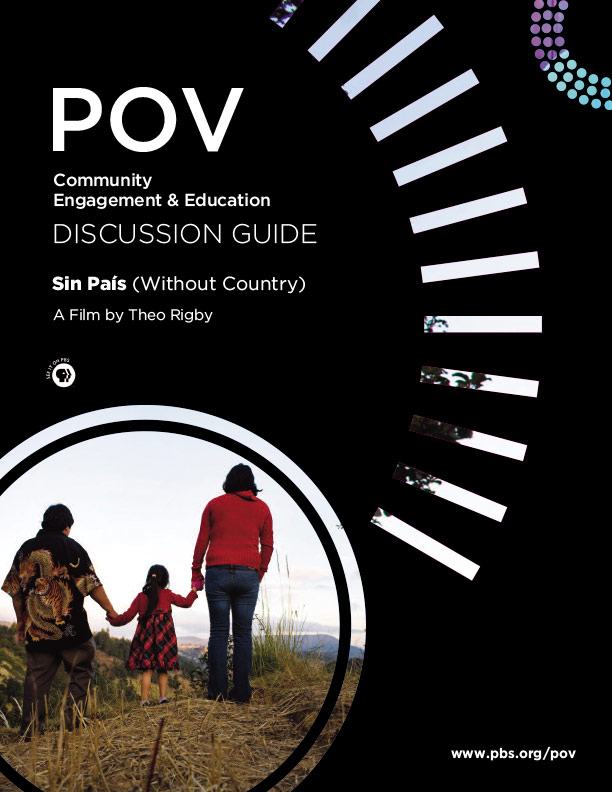 In conjunction with the National POV broadcast of Sin País, POV has created an amazing 24-page discussion guide designed for teachers and individuals who want to hold a productive conversation after viewing Sin País. The guide covers the basics of immigration issues in the U.S., provides more information about the specifics of the Mejia’s case, and gives thoughtful conversation prompts to help facilitate a great discussion about the film. 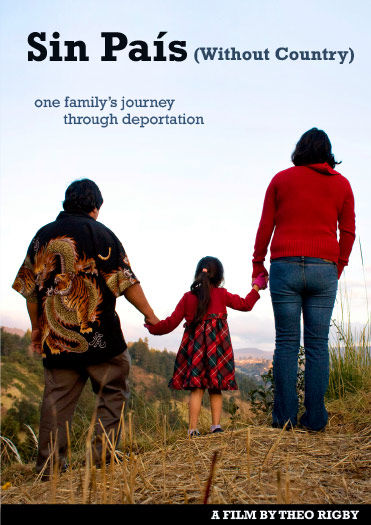 The Sin País DVD is closed captioned, has both Spanish and English versions of the film, and includes extra scenes, as well as the ‘After Sin País’ video. The Sin País DVD is being distributed on DVD through New Day Films, an educational distributor that has been providing high-quality social issue films for over 40 years to Universities and Colleges.

Easily stream Sin País to your University, College, or organization through Kanopy Streaming.  Purchase a one or three year license to stream the film to your students in high-definition and share the film across your academic community in just a few clicks. 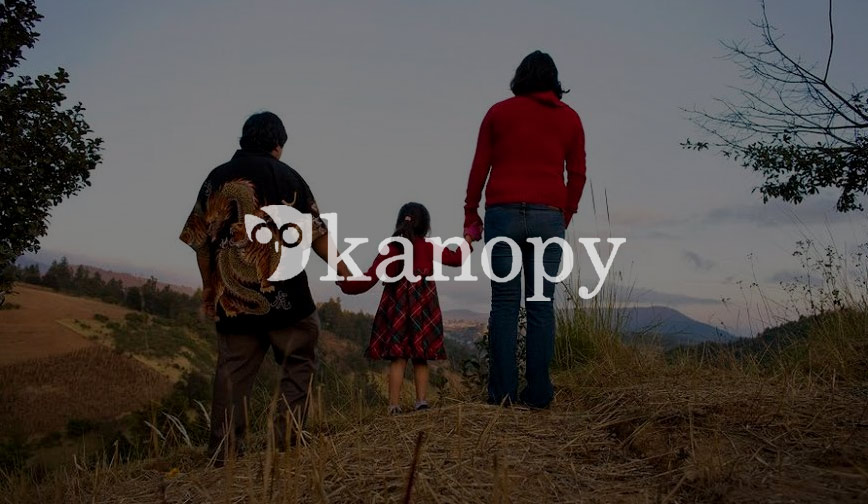 The Mejia family went though a lot in the film Sin País. In this video, see where they are at two years after the film was completed. 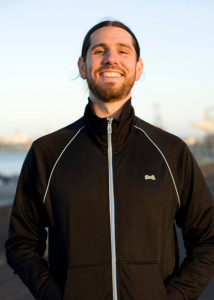 Theo Rigby is a director, cinematographer, and interactive storyteller based out of San Francisco. He has been creating stories focusing on the immigrant experience in the United States for over the last decade and is the founder of iNation Media. Theo recently finished Waking Dream, a short documentary series about young undocumented people with DACA permits that was funded by ITVS and distributed on the IndieLens Storycast Youtube channel. He is currently in production on Sanctuary Rising, a feature documentary about the faith-based Sanctuary movement. Theo’s past projects include Immigrant Nation, The Caretaker, The Mayor, Marathon, and Sin País, which have been nationally broadcast on POV, showcased on the New York Times, and screened at film festivals around the world. Theo has been recognized with an Immigrant Rights Leadership Award from the City of San Francisco, is a 2018 JustFilms Rockwood Fellow, 2020 Jewish Film Institute Fellow, 2021 Logan nonfiction fellow, and won a Student Academy Award for his film Sin País. His work has received support from the MacArthur Foundation, Tribeca Film Institute, ITVS, San Francisco Foundation, and the Emerson Collective among other foundations. Theo graduated with a M.F.A. in Documentary Film from Stanford University and before making films was an award-winning photojournalist working for major newspapers and magazines around the world.